Aida Shyef Al-Kadi, 57, said her treatment at the Ramsey County jail in August 2013 was “one of the most humiliating and harmful experiences”of her life.

MINNEAPOLIS — A Minnesota Muslim woman will receive $120,000 to settle her lawsuit alleging she was forced to strip in jail and remove her hijab in front of men for a booking photo over a traffic offense, the woman and her attorneys said Tuesday.

Aida Shyef Al-Kadi, of St. Louis Park, appeared with her attorneys at the Minneapolis headquarters of the Council on American-Islamic Relations to announce the settlement approved last month by U.S. District Judge John Tunheim.

Al-Kadi, 57, said her treatment at the Ramsey County jail in August 2013 was “one of the most humiliating and harmful experiences” of her life.

“I knew that I did not want any other Muslim woman to experience what I did,” she said.

Under the settlement, the jail has put in place specific rules about how to accommodate inmates with religious headwear when taking booking photos. The county also agreed to destroy all hard copies and delete any electronic copies of Al-Kadi’s booking photo.

“The court’s order makes it clear, in particular, that requiring a practicing Muslim to remove a hijab for a booking photo as Ramsey County required Ms Al-kadi to do, can meaningful limit the individual’s ability to practice their religious faith,” said Caitlinrose Fisher, one of the pro bono lawyers who assisted Al-kadi.

The settlement does not require the county to admit wrongdoing. 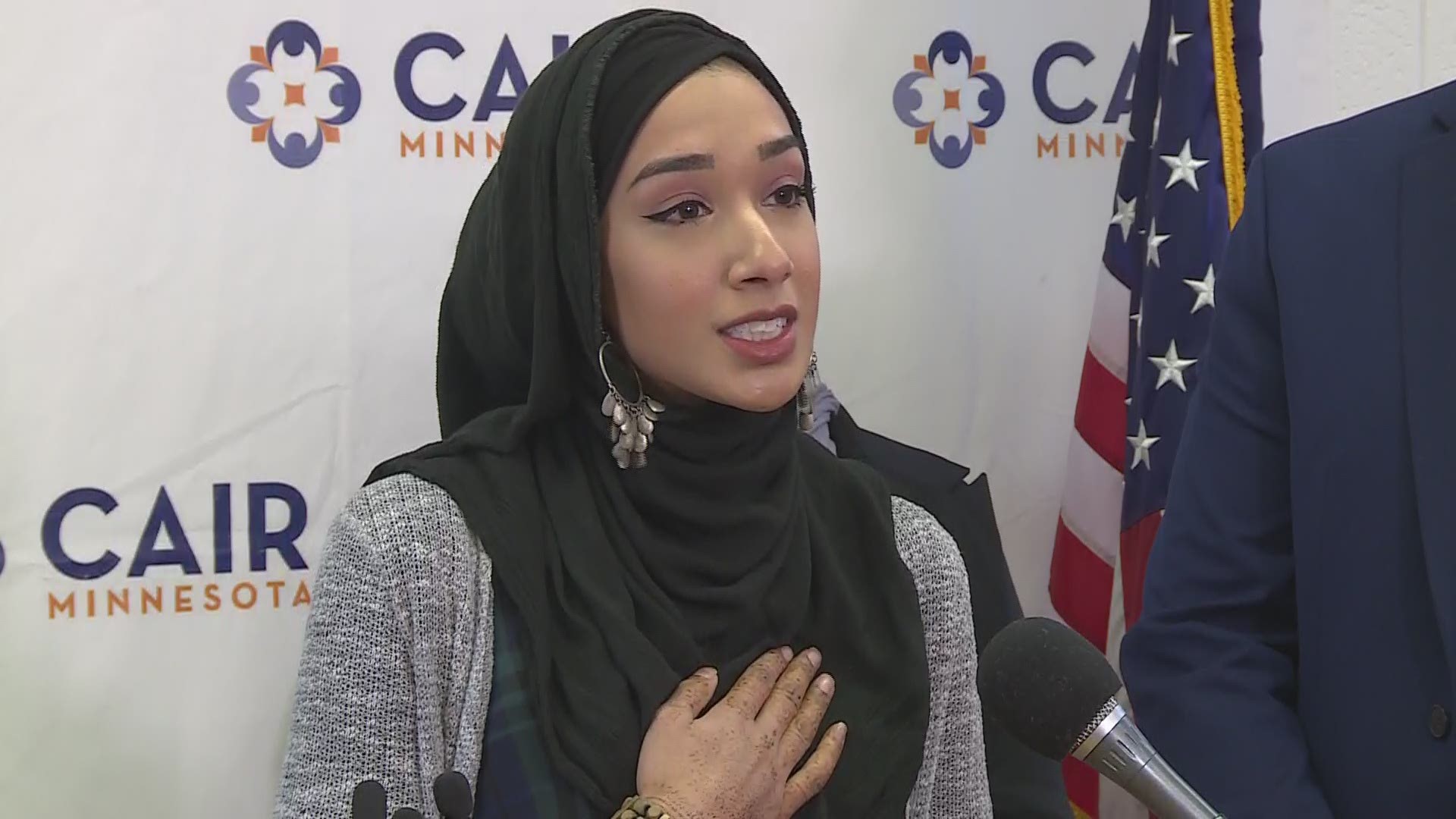 “She didn’t just do this for herself. She did this because she knew moving forward other Muslim women deserve dignity when they are detained, that they deserve dignity no matter where they are,” Asma Mohammed, of the Reviving Sisterhood organization, remarked.

In her lawsuit, Al-Kadi’s argued that the county violated her constitutional rights and discriminated against her for her religious beliefs.

Al-Kadi was born and raised in Ohio. She moved to Minnesota in 2005 so her daughter could receive specialized medical care.

On the day of the incident in 2013 Al-Kadi went to Hennepin County District Court’s Southdale service center to pay her tickets. She discovered a judge had issued a bench warrant for her arrest for missing a court date. She was sent to the Hennepin County Jail to be booked.

She told KARE she missed the court date because she had taken her daughter to the hospital for emergency treatment. Al-Kadi said she didn’t realize the seriousness of missing the court date.

Hennepin County jailers forced her to remove her hijab to pose for her booking photo, despite her protests. Before they could release Al-Kadi jailers discovered she also had a pending warrant for unpaid traffic tickets in Ramsey County, and sent her to that jail in St. Paul.

Al-Kadi said was told to remove her hijab and abaya, a long dress that covered her body, in front of male jailers. When she objected, she said she was removed from the area and taken to a holding cell, where she removed her hijab in front of a male jailer.

“They gave me a bed sheet to wear, and they did it in such a way it was humiliating, tossing the sheet to me as they yanked my hijab off of me,” she recalled.

On the advice of a friend, Al-Kadi contacted CAIR. That organization registered complaints with both Hennepin and Ramsey Counties over her treatment.

“Hennepin County responded very quickly and said they were revising their policy,” Anna Longfellow, an attorney with CAIR MN, explained.

“They allowed us to review the policy and make suggestions.”

Hennepin also instituted a system of providing jail-issued replacement hijabs to Muslim female inmates, and the change is made in private with a female jailer.

Al-Kadi couldn’t afford a lawyer, and at the time CAIR wasn’t engaged in courtroom work. So, Al-Kadi filed the case acting as her own attorney. Eventually a judge directed her to a pro bono program run by the Federal Bar Association, which put her in touch with a group of attorneys.

“Miss Al-Kadi, through outstanding pro-bono counsel, demonstrates the effectiveness of leveling the playing field of justice and the significance of ensuring justice is accessible, not just for Miss Al-Kadi, but for our community as a whole,” Tiffany Sanders of the Pro Se Project remarked.

As part of the settlement Ramsey County agreed to end the practice of taking booking photos of Muslim women without their hijabs. The lawyers working with Al-Kadi also convinced a third-party mugshot website to take down their client’s jail photo.

Renowned Sufi saint of Baramulla Sul Bab is no more

Renowned Sufi saint of Baramulla Sul Bab is no more