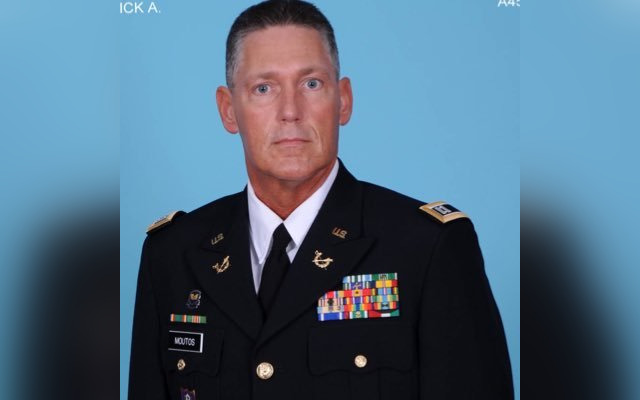 Texas Assistant Attorney General Nick Moutos has been fired over a series of racist, anti-LGBTQ tweets, including encouraging violence against Black people and calling transgender people an “abomination.”

Moutos has also called trans people “abhorrent,” accused gay people of “destroying” families and “normalizing perversion,” and suggested that lawyers for the American Civil Liberties Union should be used as “target practice.”

The Texas Attorney General’s office confirmed last week that Moutos, who also supports the QAnon conspiracy theory, had been fired after Media Matters reported on his tweets.

QAnon is a conspiracy theory that has found favor in right-wing and far-right circles, and even among some Republican congressional candidates. It claims that Donald Trump is working to uncover a “deep state” network of satanic officials who are operating pedophile rings at the highest levels of government.

Moutos has worked in the Texas Attorney General’s office since 2017. Earlier this year he mounted an unsuccessful campaign for Congress in Texas’ 35th District.

His tweets frequently reference QAnon, claim that the United States is in the midst of another Civil War, and urge his supporters to use violence against Black Lives Matter protesters and others.

Moutos has said that parts of America are “overrun” with Muslims, described the religion as a “virus,” called Rep. Ilhan Omar (D-MN)  a “whore of Babylon,” and said that she and Rep. Rashida Tlaib (D-MI), both Muslim women, should be sent to Guantanamo.

He has also described Black Lives Matter protesters as “terrorists,” and said if they “came to my neighborhood” it would be “open season,” adding that their actions “warrant the ‘display of lethal force.’”

Moutos also seemed to suggest he wanted to battle former President Barack Obama in a tweet referencing an apparent second Civil War, tweeting, “@BarackObama I pray to meet you on the #CivilWar2 @Battlefield.”

In another tweet, he misgendered former First Lady Michelle Obama, tweeting at President Obama, “Shut your mouth you disgusting #TraitorousLiar and keep your husband @MichelleObama where he cannot be seen!”

A number of Moutos’ tweets also espouse anti-LGBTQ sentiments, including frequent use of transphobic comments and slurs.

Moutos has said that trans people are “an abomination and have a mental disorder,” accused the ACLU of “spreading the lie that ‘trans girls are girls,’” and wrote that “the abomination of women being men and men being women is abhorrent.” 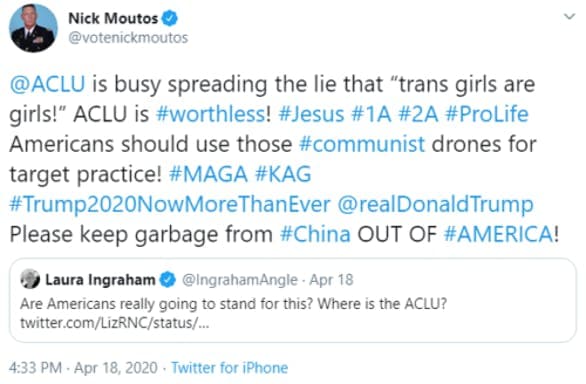 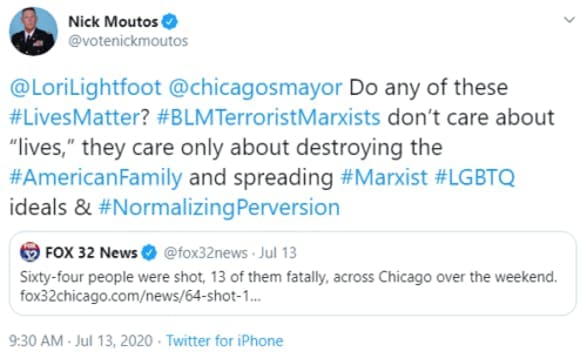 Speaking to Media Matters, the Attorney General’s Office said, “Thank you for bringing this to our attention. We’re looking into the matter and will address it as appropriate.”

The article was published in the morning of Sept. 4, and Moutos was fired later that day.

He took to Twitter that evening to write more anti-LGBTQ sentiment, including calling being LGBTQ a “sin” and an “abomination.” 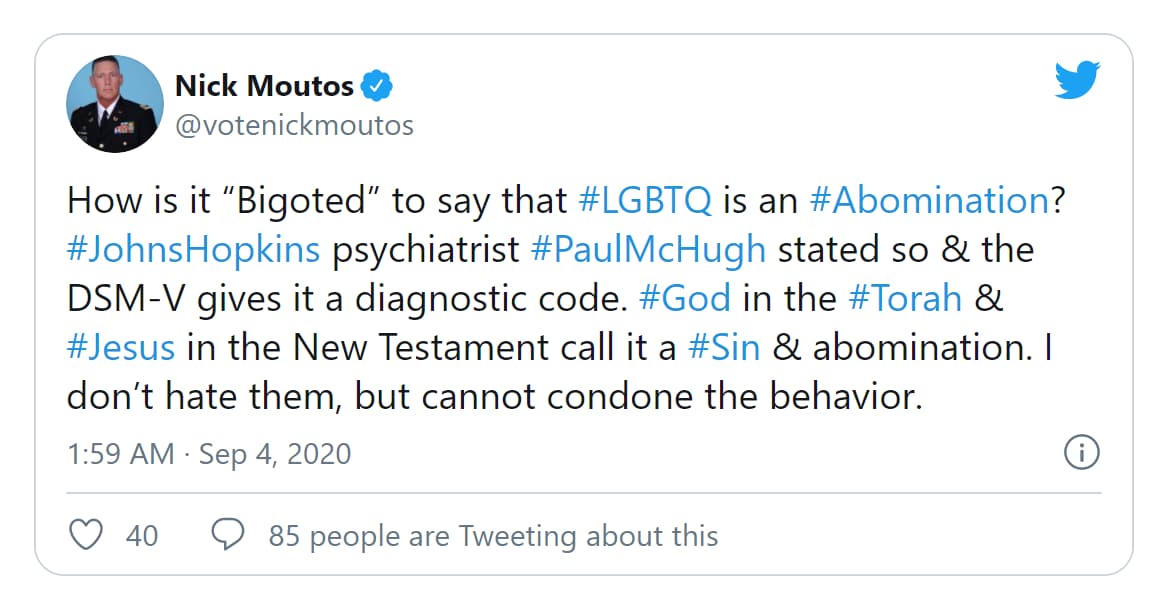 While Moutos’ tweets are particularly extreme, anti-trans sentiment isn’t out of the ordinary in the Texas AG’s office.

Current Attorney General Ken Paxton has a history of anti-LGBTQ actions, including supporting North Carolina’s “bathroom bill” and challenging provisions in the Affordable Care Act that protect transgender people from health care discrimination, among other efforts.

Muslims around the world celebrated festival of Eid-ul-Fitr which marks end of month of...

Official: Malian authorities have released 180 Islamic extremists from prison in capital, flown them...

Why does liberal Tunisia still struggle with extremists? | Middle East| News and analysis...

Muslims around the world celebrated festival of Eid-ul-Fitr which marks end...