The Daily Orange is a nonprofit newsroom that receives no funding from Syracuse University. Consider donating today to support our mission.

Kim Pham, a Cornell University student from Syracuse, creates polymer clay charms with the goal of helping others. She has made charms of turtles, puffins, cat cupcakes and Yoda, as well as pins with the Black Lives Matter fist and high school logos.

“I just picked the ones that I felt like did the most meaningful work,” said Pham, “And I try to do like a variety (of organizations).”

Pham first started making charms out of polymer clay in 2013 after discovering the polymer clay community on YouTube, where artists show off their clay creations. After practicing every day for nearly two years, Pham’s skills improved.

Inspired by another artist on social media who was selling charms to raise money for her grandma’s medical bills, Pham started selling her charms in 2017. The first organization she raised money for was Operation Smile, a global nonprofit organization that provides free surgeries to children born with cleft lips and cleft palates. Pham raised $1,300 for the organization, she said. 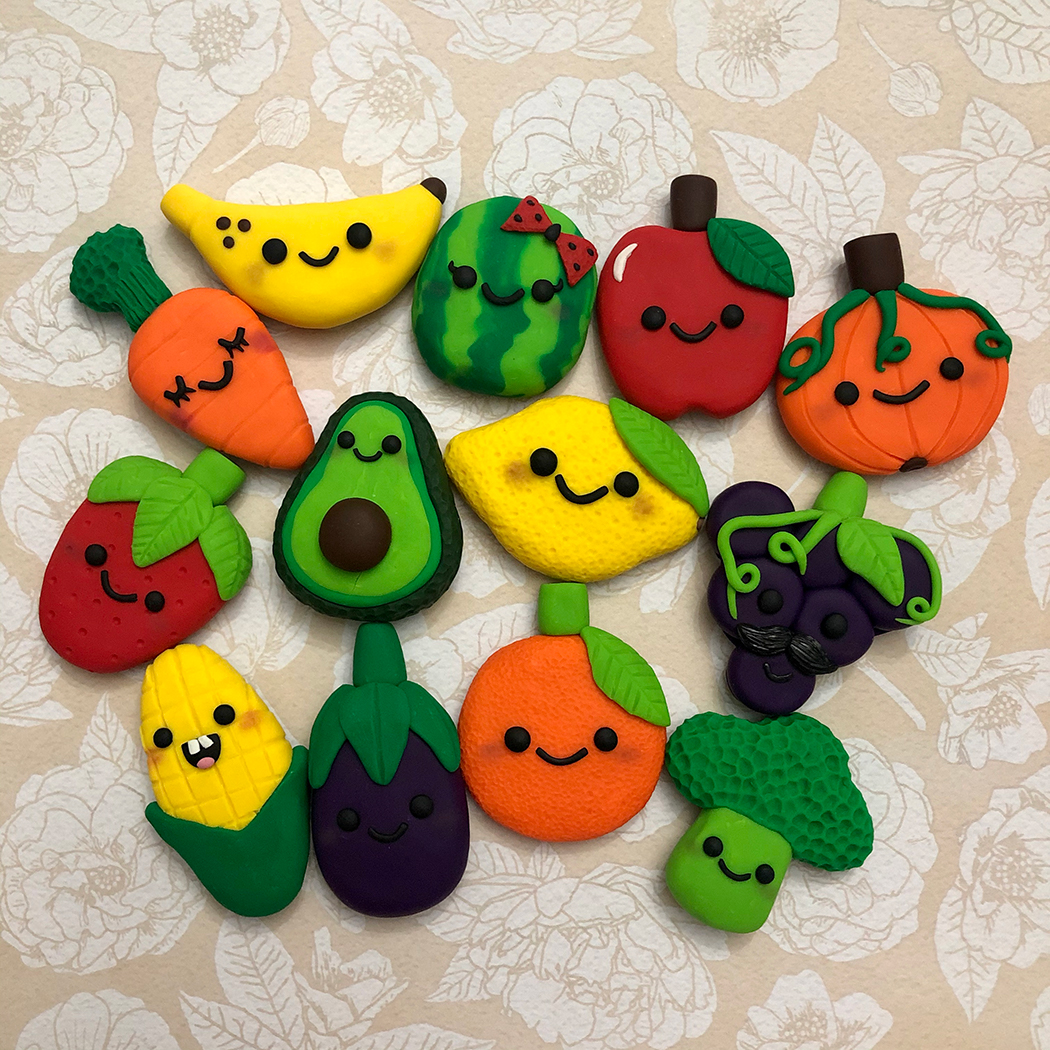 Pham created fruit and vegetable charms out of polymer clay for her company Charms for Smiles. Courtesy of Kim Pham

“There are those who volunteer or donate to nonprofits or support local businesses by purchasing their items,” Pham said. “I’m just taking a more creative spin to helping by selling my creations to raise funds.”

Charms for Smiles went on hold when Pham started college at Cornell. But the business called her back in April as the coronavirus sent her home to Syracuse. This time, she started selling her charms to help local businesses.

Pham makes charms specific to the local businesses and organizations she raises money for. The charms she made for Syracuse Clothing Co. are based on its “Spread Love Nothing Else” T-shirt, for example.

Syracuse Clothing Co. gives back to the community by donating a portion of its sales to different nonprofits. The COVID-19 Community Support Fund received all profits from the T-shirt, said Matt Sourwine, the co-founder and owner of Syracuse Clothing Co.

“It’s kind of humbling in a way just knowing all the good that she does, and we were able to be chosen as one of the six companies she wanted to feature,” Matt Sourwine said.

Pham’s passion for doing meaningful work led her to collaborate with Raha Syracuse, a Muslim youth group that does community outreach in the Syracuse area. Following Raha Syracuse’s rally with Black Lives Matter Syracuse, Pham reached out to Raha Syracuse on Instagram to sell charms to raise money for its GoFundMe, said Ayeh Hajjari, one of the members of the group.

The money Charms for Smiles raised went directly to operational costs. Since the initial fundraiser for Raha Syracuse, Pham has continued to support the group, Hajjari said.

Raha Syracuse recently collaborated with the nonprofit We Rise Above the Streets on a “Sandwich Saturday” fundraiser to provide meals to Syracuse’s homeless community, and Pham donated to the GoFundMe.

“When people take the time and take the money to invest in us, it makes us super happy,” Hajjari said. “That means that we’re actually fulfilling our goals.”

Why does liberal Tunisia still struggle with extremists? | Middle East| News and analysis of events in the Arab world | DW

Official: Malian authorities have released 180 Islamic extremists from prison in capital, flown them...

Why does liberal Tunisia still struggle with extremists? | Middle East| News and analysis...

‘Muslim Unapologetics’ have grounds for critiquing Left, liberals; but group must not project political goals...

Official: Malian authorities have released 180 Islamic extremists from prison in...

Why does liberal Tunisia still struggle with extremists? | Middle East|...