• Anita Forte-Scott, Schaumburg Township Library board of trustees president, is the recipient of the Special Districts Leadership in Technology Innovation Award from Government Technology, a program of AT&T.

The Special Districts Awards Program recognizes innovation and leadership within special district agencies throughout the country. This year’s focus — innovative technologies and leadership efforts as they related to COVID-19.

Forte-Scott’s efforts in “spearheading the extension of the library’s digital resources to school and high school district students and their families, and even to those living outside the library’s service area,” garnered her the award, according to the Government Technology website.

Forte-Scott, who was elected to the library board in 2005, has been involved in the opening the Hanover Park Branch Library, the merger of five area library systems, the construction of Teen Place and major renovations to the Central Library. She also served as the library’s trustee representative on the North Suburban Library System board of directors from 2007-2011.

“I am so humbled to receive this award,” said Amiwala. “As our country continues to realize itself during this moment of great social and racial reckoning, minority leadership in both civic and business is more important than ever. I am deeply honored to be recognized alongside so many inspiring people who are paving the way to a fairer and just future.”

Amiwals, is the youngest Pakistani Muslim elected official in the country; she sits on the Skokie School District 73.5 board of education. She will also be featured in an ABC, Hulu documentary, “Our America: Women Forward,” on March 13 and continues to use her platform to spark nationwide action on diversity and inclusion initiatives, youth empowerment and women in politics.

She received a bachelor’s degree in information management systems, with minors in community service and public policy, from DePaul University, Chicago. She is also the founder and CEO of the Amiwala Foundation, an organization that aims to empower minorities and other underrepresented groups to act in business and politics. 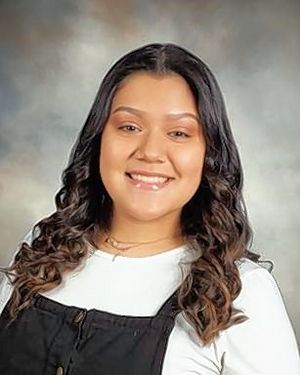 Angelica Hernandez, a senior at Mundelein High School, was awarded a Presidential Scholarship from Northern Illinois University.
– Courtesy of District 102

The scholarship recognizes outstanding high school students for their hard work and academic accomplishments by providing full tuition, fees and on-campus room and board along with a book stipend for up to four years.

Cape Town wildfires: Here’s how you can help

Woman hacked for marrying youth of other religion – KERALA – CRIME