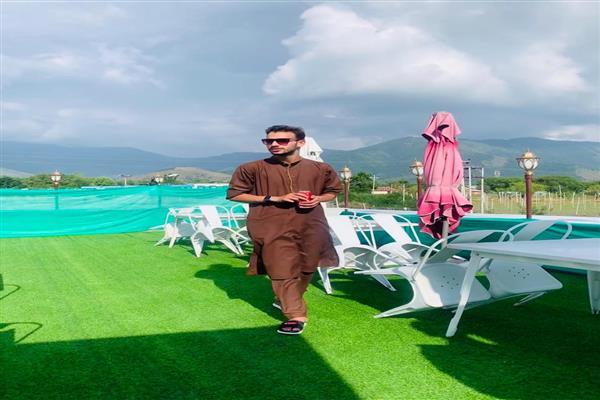 In 2014, when cloudburst and floods devastated the Valley, he started contributing with a community radio show “Pesh Kadam” that was managed by Department of Journalism, Islamic University of Science and Technology, Awantipora. he was 14 years old when he fell in love with Radio and getting into it was more like impossible. He went through a lot of predicaments in my journey, but those hurdles didn’t stop his passion for Radio, he worked hard day and out, finally his hard work paid off and initiated Kashmir’s first Online Radio Station “Pannun FM International”, became the youngest director and Radio jockey in state. It was not just a proud moment for him but for the whole Jammu and Kashmir.

I had the heart and determination to be on-air and the best platform for my creativity & passion was just ‘Radio’. Radio is a platform that has advantages over other media as it is a cheap source of information and can be used to send messages to illiterates, neo-literates, and highly educated receivers simultaneously. it does not require captivity. Listeners can receive messages even when they are working. A farmer may listen to farm programs while working in fields, a busy executive may listen to it even while driving or a housewife may listen to her favorite program even while working in the kitchen.

Radio’s future is a mystery. It is not easy to predict the future of radio. The future of radio would depend on changing regulatory scenarios, technological developments, and change of the listener’s appeal. Radio’s current localization and specialized programming will continue. Technologically, radio transmission will improve greatly. FM will continue to grow faster and bigger with Podcast Technology.

Meanwhile, He was following technology and was a techie, got to know about future Broadcasting “PODCAST”.

“Podcast” is a portmanteau word, formed by combining “iPod” and “broadcast”. The term “podcasting” as a name for the nascent technology was first suggested by The Guardian columnist and BBC journalist Ben Hammersley, who invented it in early February 2004 while “padding out” an article for The Guardian newspaper. The term was first used in the audio blogging community in September 2004, when Danny Gregoire introduced it in a message to the ipodder-dev mailing list, from where it was adopted by Adam Curry. Despite the etymology, the content can be accessed using any computer or similar device that can play media files. The use of the term “podcast” predated Apple’s addition of formal support for podcasting to the iPod, or its iTunes software.

He researched more about the podcast and started to work over it, finally, I was successful to turn radio into a digital Podcast.

Currently; He’s doing a show “Daleel”, Taking Kashmiri To National Level With Neelesh Mishra and managing my Podcast at the same, aiming to revolutionize the platform of radio in the valley.

RJ Umar wants to promote Kashmiri in a unique way, where no one has ever tried to give language it’s due recognition on the national level.

“I have witnessed that till now no such show promoted our own mother language which kept the youth unaware about it. The sweetness of Kashmiri language has started to fade. I want to refresh it once again with my magical touch of narrating stories with messages and promoting Sufism to make the young generation know about the real and everlasting essence of our culture”, he said.

Row over grant of citizenship to non-Muslim refugees: SC to hear IUML’s plea after two weeks

Row over grant of citizenship to non-Muslim refugees: SC to hear IUML’s plea after...

Row over grant of citizenship to non-Muslim refugees: SC to hear...