Named the “King of Songs”, Muslim Magomayev mesmerized the audiences around the world with his fascinating baritone. The legendary singer Muslim would have marked his 78th birthday anniversary this year.

The legendary singer inherited his passion for music from his family. His grandfather also named Muslim Magomayev (18851937), was considered one of the founders of modern Azerbaijani classical music.

His music career started at a very young age. He was only 19 when he first performed at an international youth music festival in Helsinki. His brilliant performance was highly appreciated by a Soviet politician Yekaterina Furtseva and the Minister of Culture of the Soviet Union, who offered him to be a soloist at the Bolshoi Theater. However, Magomayev declined this offer.

One year later, Magomayev performed at the Days of Azerbaijani Culture in Moscow. He sang an aria from Gounod’s Faust, and the song “Do the Russians Want War?” at a gala concert at the Kremlin Palace of Congresses.

A year later, he gave his first solo concert in the Moscow Tchaikovsky Concert Hall to a full house and became a soloist of the Azerbaijan State Academic Opera and Ballet Theater.

In 1964 and 1965, Muslim was a visiting artist at La Scala in Milan, but turned down the invitation to sing in the Moscow Bolshoi Theater upon his return. Instead, the singer turned to popular music, becoming a pop idol for several generations of music lovers in the Soviet Union.

Muslim Magomayev became a cult figure all across the Soviet Union. He performed three concerts a day filling huge arenas.

In 1969, he received the MIDEM Gold Disc Award in Cannes for album sales of over 4.5 million units. At the age of 31, Muslim was awarded the Soviet Union’s highest artistic title: People’s Artist of the USSR.

Magomayev moved to Moscow in the early 1970s. He worked as an art director of the Azerbaijan State Bandstand-Symphonic Orchestra.

The singer gave concerts in many countries  -France, Bulgaria, Finland, Canada and others.

Magomayev was also known as a composer, writing several film soundtracks and songs. He also acted in films and hosted television and radio broadcasts devoted to prominent musicians of the 20th century.

TV series about love story of Muslim Magomayev and opera singer Tamara Sinyavskaya was warmly received by the audiences in Azerbaijan and Russia.

The singer’s merits will always take a special place in the country’s music history. 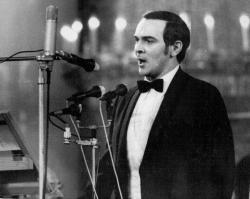 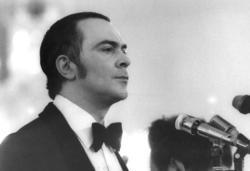 
Legal Disclaimer: MENAFN provides the information “as is” without warranty of any kind. We do not accept any responsibility or liability for the accuracy, content, images, videos, licenses, completeness, legality, or reliability of the information contained in this article. If you have any complaints or copyright issues related to this article, kindly contact the provider above.

Kwara: Crisis brews over use of Hijab in Christian schools – Guardian

Kwara: Crisis brews over use of Hijab in Christian schools –...