Will he be disbarred? Of course not. That would be “Islamophobic.” “The California bar investigated him and unbelievably found no actionable conduct.”

There is so much corruption these days, you need wings to stay above it. 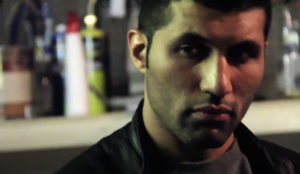 “California Lawyer Farhad Khorasani Calls for Genocide of Jews,” Israellycool, January 19, 2021 (thanks to The Religion of Peace):

Farhad Khorasani is an Iranian-American international lawyer who has his own law firm Khorasani Law.

He is also is the founder and chair of the Iranian American Sport Association (IASA),  a Los-Angeles based 501c3 nonprofit organization, “to help save his family sport, Olympic wrestling, and to bridge the sports gap between the two nations and support USA-Iran Sports Diplomacy.” As such, he appears on Persian TV to comment on Iran-US sports relations.

Except he’s not. He is a vile Jew hater.

After these posts were exposed – including by a former classmate of his who had no idea he was like this – the California bar investigated him and unbelievably found no actionable conduct….

Caleb Cain: Former far-right extremist says ‘no one has a strategy’ for ongoing threat...

The Sectarianism of the Islamic State: Ideological Roots and Political Context

Caleb Cain: Former far-right extremist says ‘no one has a strategy’...