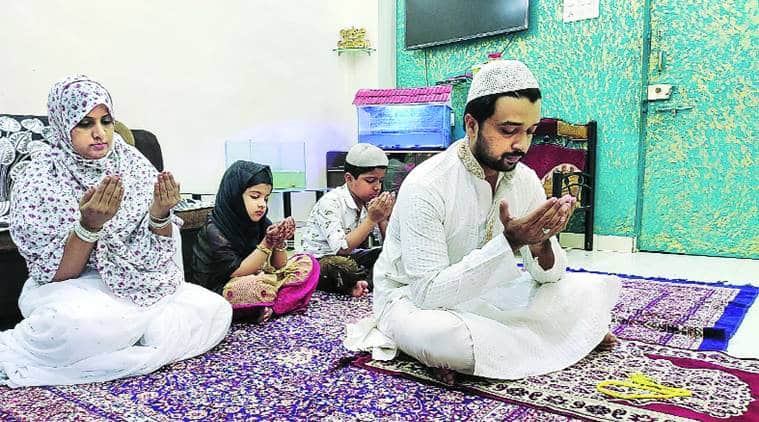 Mumbai saw restricted Eid-al-Adha celebrations on Saturday with a reduction in the number of animal sacrifices.

The Maharashtra government, in view of the pandemic, had asked people to undertake symbolic sacrifice for Eid. It had allowed the sale of animals online; however, in many places the police had stopped vehicles ferrying these animals from entering Mumbai. With the Brihanmumbai Municipal Corporation (BMC) also not facilitating the setting up of temporary slaughterhouses, the number of animals that were sacrificed was less than half of previous years.

“Business was half of what it was for the previous years. On an Eid day I would help conduct the sacrificing ritual for over 30 animals. On Saturday however, I was called for conducting only 12 sacrifices,” Mohsin Qureshi, a butcher from Kasaiwada in Kurla, said.

There were also no large-scale gatherings for Eid prayers at most of the city’s mosques. In some mosques in Kurla, Bhendi Bazaar and Andheri, Eid prayers were conducted in small groups of 25 persons.

The Bombay High Court on Friday had ordered the BMC to give clearance for the sacrifice of animals at the abattoir. Subsequently, the BMC issued a circular indicating regulatory steps and procedures to be followed at the abattoir for Eid and allowed the sacrifice of 150 water buffaloes between 6 am and 6 pm with strict social-distancing and hygiene standards.

For all the latest Mumbai News, download Indian Express App.

As a frontliner, his Ramadan may have to be spent away from family once more

‘Sabaya’ movie review: Documentary about the rescue of Yazidi women from ISIS terrorists is...

‘Sabaya’ movie review: Documentary about the rescue of Yazidi women from...