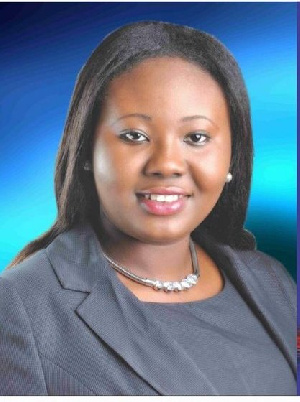 Ms Francisca Oteng-Mensah, Member of Parliament (MP) for Kwabre East, has praised Muslims in the area for coexisting peacefully with their neighbours.

She said peace and harmony that existed between Muslims and other religious faithful in the constituency was commendable and urged them to continue to live together as one people.

Speaking after the Eid Ul Fitr prayers of Muslims in the Kwabre East Municipality at Mamponteng, Ms Oteng Mensah said peace was the key to national development.

Alhaji Ali Dauda Municipal Chief Imam appealed to Muslim youth to desist from defiant behaviours that did not conform to Islamic teachings.

He touched on issues such as reckless riding of motorbikes to celebrate Eid, violence, armed robbery, tattooing of bodies and dreadlocks, unnecessary and worldly jubilations among others and said such acts defy Islam.

“Your act tells where you belong to, dreadlocks, wee smoking, alcoholic drinking, prostitution, unnecessary tattooing, the reckless riding of motorbikes during Eid celebrations are not part of us.

You’re not part of us, don’t call yourself a Muslim if you take part in any of the aforementioned vices,” he emphasized.

Alhaji Dauda commended the Municipal Assembly and the MP for their continued support to Muslim communities in the area and urged them to continue to work to improve the living conditions of people in Zongo communities.