New Delhi: The word going around is that the BJP has awarded its national spokesperson Syed Zafar Islam with a Rajya Sabha seat from Uttar Pradesh for the efforts put in by him to woo Congress leader and former Union minister Jyotiraditya Scindia to the party in Madhya Pradesh and thereby bringing down the Kamal Nath-led Congress government in the state.

On Wednesday, the BJP announced that Islam would be its candidate for the seat, which fell vacant after the demise of Amar Singh. Singh, who was 64, breathed his last at a Singapore hospital on August 1. He was suffering from kidney-related ailments.

The candidature of Islam, who over the past few years was a regular spokesperson for the party on national media, did not come as a surprise for those who were aware of his role in ensuring the success of ‘Operation Lotus’ in Madhya Pradesh. 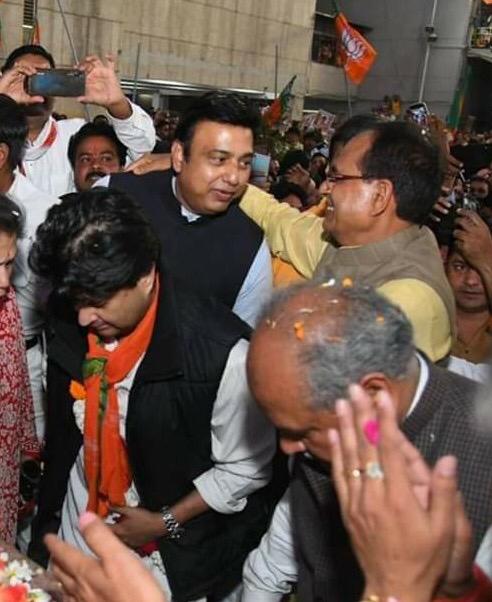 According to reports, Islam used his long association with Scindia to good effect in bringing the politician to the BJP fold. A former banker, who held the post of managing director with Deutsche Bank, Islam joined the BJP in April 2014 and was soon after made a national spokesperson. Later on, he was also made a non-official independent director of Air India by the Narendra Modi government in 2017.

His soft-spoken and gentle nature is said to have endeared him to politicians of various hues, including Scindia. And when he fell out with the Congress’s central leadership over differences with then chief minister Kamal Nath, the BJP is learnt to have given Islam the responsibility of winning over Scindia.

In a subtle way, Islam is said to have arranged Scindia’s subsequent meetings with both PM Modi and home minister Amit Shah. However, it is also to be remembered that Scindia was no stranger to the ways of BJP as his own grandmother, Vijaya Raje Scindia, and two aunts – former Rajasthan chief minister Vasundhara Raje Scindia and MP minister Yashodhara Raje – have been with the party.

The BJP is also believed to have given the ticket to Islam as it has few Muslim leaders of note in parliament. The party had only fielded six Muslim candidates in the 2019 Lok Sabha elections of which only one, Saumitra Khan, won in West Bengal. In the Rajya Sabha too, the party has only three Muslim MPs in Union minister Mukhtar Abbas Naqvi, M.J. Akbar and Shwait Malik.

Islam’s victory in the polls, due to be held on September 11, appears almost a certainty since the BJP commands a comfortable majority in the UP state legislature and also has a large number of MPs from the state.

On August 21, the Election Commission of India announced it would hold by-elections to the seat. The last day for filing of nominations is September 1, while the last date for withdrawal of candidature is September 4.

How Russia, China, and Iran will shape Afghanistan’s future

Maratha History And Decline Of Mughal Power Told Through The Battles They Won Or...

In Afghanistan, minority Hazaras are being killed at school, at play, even at birth

Maratha History And Decline Of Mughal Power Told Through The Battles...

Ed Husain’s Islam book under fire for not being clear on...