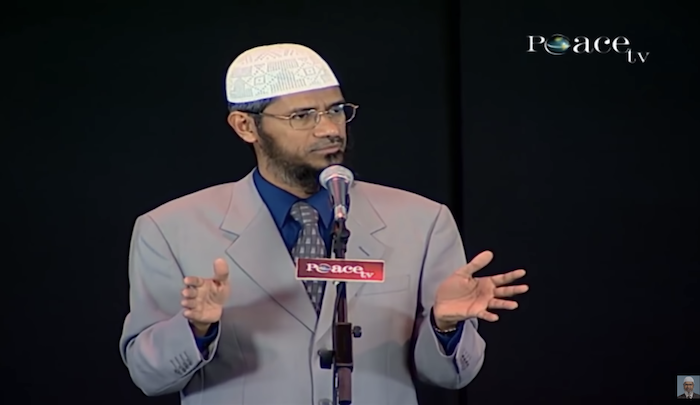 This is not an “extremist” view. A hadith depicts Muhammad saying: “Every child is born on Islam, but his parents make him a Jew and a Christian, just as a beast is born whole.” It continues “Do you find some among them (born) maimed? The people asked: Messenger of Allah! What do you think about the one who died while he was young? He replied : Allah knows best what he was going to do.” (Sunan Abu Dawud, 4714)

Islamic hate preacher Dr Zakir Naik in his latest video posted on his YouTube channel has claimed that every child ‘is born a Muslim’.

Naik claims that Prophet Muhammad said that every child is born in the innate religion. “Every child is born as a Muslim. He submits to Allah. Later on, the elders, the parents, the teachers, they influence the child. He may remain on straight path or he may become a fire worshipper, he may become an idol worshipper and then he may go out of the fold of Islam,” he says.

He further claims that every child, irrespective of the child being born in Hindu, Christian or even Jewish family is born as a Muslim. “He submits his will to Allah,” he claims. He claims that hence, when a person converts to Islam, the ‘appropriate’ word is ‘revert’. “He was on the straight path, he went on a wrong path and now he is back on the straight path,” he claims.

To prove that every child is born as Muslim, Naik talks about ‘Kapaku and Australian aborigine tribes’. He claims that these people, who were away from civilisation, lived their lives like Muslims, without really knowing they were Muslims. However, that is not true….